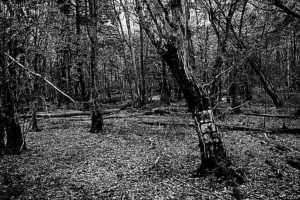 Dick Turpin, Boudica, Hangman’s Hill and the Suicide Pool are just some of the ghost stories attached  to the haunted Epping Forest and we want to bring you closer than ever only with Haunting Nights

One of the most famous names associated with the forest is Dick Turpin.  Time has merged fact and fiction creating a legend of a gentlemen highwayman, gallant and noble who died a courageous death.  The reality was very different.  Stories on his early life vary but one accepted version is that Richard Turpin moved to Buckhurst Hill (Bucket Hill) in 1725 with his wife Elizabeth to open a butcher shop.  Somehow Turpin became involved with deer thieves known as the Essex Gang led by Samuel Gregory.  Possibly Turpin disposed of the deer meat as the butcher’s shop would have been a perfect cover.  After a number of the gang were caught, the remaining members along with Turpin took to robbing isolated farmhouses, torturing the female occupants if they refused to cooperate.  The Gang spent a lot of time in the forest and the ghost of highwaymen have been reported for many years dark shadows, strange sounds, people claiming to see ghosts could one of one of them been Dick Turpin 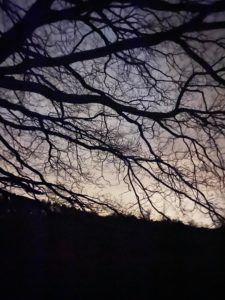 On a slip road at High Beech, a very strange phenomenon occurs.  If you park your car at the bottom of the hill at night, turn the engine and the power off, the car can be seen to roll slowly uphill.  Local legend has it that the car is being pulled towards an ancient tree by a hangman’s noose.  The tree itself is believed to be the site of a hanging either of an innocent man who was mistakenly convicted or of three witches. Scientists call these places either magnetic or gravity hills, an optical illusion due to the layout of the surrounding area, which tricks the brain into thinking that it is going uphill rather than downhill.  Only two such places exist in England.  Although this seems a logical answer, many who have tried it found the atmosphere unnerving and sinister and are convinced that they were walking uphill. Supernatural or geological? The only way to find out is to have a go yourself