HIDDEN beneath Scotland’s historic capital city lies a veritable warren of chambers and passageways, some of them well-known, others long-forgotten.

Edinburgh was a fearful and superstitious place at the turn of the 18th century, both of real and imagined harm.

The citizens fear of what the unearthly and supernatural could inflict was exacerbated by their inherent mistrust of the invading English, a long held belief that resulted in the building of the defensive Flodden Wall after the disastrous Battle of the same name in 1513.

This man-made barrier around the outskirts of the city, combined with Edinburgh’s natural geography, forced residents to live virtually on top of one another – in some cases in houses 14 stories high – rather than expanding outwards as with most developing cities.

This air of claustrophobia, fear and mistrust bred an atmosphere of anxiety among the locals.

When the South Bridge was finally completed in 1788 it was deemed to be an appropriate and fitting honour that the Bridges’ eldest resident, a well known and respected Judges’ wife, should be the first to cross this fine architectural structure.

Unfortunately, several days before the grand opening, the lady in question passed away!

But promises had been made, hands had been shaken and the city fathers felt obliged to honour their original agreement, and so it was, that the first “body” to cross the South Bridge crossed it in a coffin.

The locals were aghast! The bridge was now cursed!

The majority of the townsfolk refused point blank to cross the bridge for many years, preferring instead the awkward and impractical route through the deep valley of the Cowgate. 18th century Edinburgers may seem overly superstitious by today’s standards, but over the following centuries it slowly became apparent that they might, in fact, have had a point…

As time passed, space on Edinburgh’s South Bridge started to sell at premium prices; land was fetching more per square foot than anywhere else in Europe.

Businessmen started to build shops along the top of the bridge, to make the most of passing trade.

To accommodate these shop fronts, tenement houses were built along both sides of 18 of the original 19 arches, leaving only the Cowgate arch visible, as it remains today.

These areas were originally used as workshops for the businesses above while the vaults below ground level were used for storage.

Records from the day, recent excavations and various artefacts which have since been discovered, all point to the fact that in the early days of the bridge many businesses thrived in these man-made, “underground” spaces; taverns, cobblers, cutlers, smelters, victuallers and milliners, all left evidence of their trades.

However as time passed, the quality of life in these spaces deteriorated. The bridge (which had never been waterproofed due to it being built on such a tight budget) began to leak and the businesses were slowly forced to move out.

Several years passed during which time the function of these spaces began to change.

In the absence of legal trade and licensed businesses, the dark, damp wet vaults started to become home to only the very poorest and most disreputable sections of society.

This included immigrant Irishmen and Highlanders seeking refuge from the clearances, mercenary landlords, and even body snatchers!

William Burke and William Hare were two Irish immigrants who scratched up 17 victims in Edinburgh over the years 1827 and 1829. What became known as the ‘West Port Murders’ made them the most famous body snatchers Scotland has ever seen.

Over time the vaults started to become completely unusable. A lack of light, air, heat, ventilation and sanitation and a slow, steady seepage of water through the cracks in the bridge made these areas not only impractical, but uninhabitable and within 30 years of the bridge opening, the abandonment of the Vaults was more or less complete.

The vaults were filled in with rubble, both for security for the businesses still operating above on street level and also to discourage squatters making home in what was effectively a place to die, not to live… and so the vaults fell into the dim distant memory of generations past.

However, in 1985, these long, lost, forgotten spaces came to public attention after a chance excavation revealed the labyrinth network of rooms and dwelling spaces contained within.

These spaces have lost none of their original atmosphere. They are still dark, occasionally claustrophobic and, when it rains in Edinburgh they can still be very damp.

The Vaults today ooze memories of the past, their stones seep water as well as stories, invoking memory and provoking the imagination.

Over the years visitors who join the many ghost walks and ghost tours have recorded some very curious and unexplained activity.

Further excavation over the last 20 years has revealed more of the Vaults secrets and today, the BBC called it “possibly one of the most haunted places in Britain.” Reports Of sinister man being seen, Dark shadows, Children’s voices all being heard.

Now with Haunting Nights you have the chance to experience Edinburgh Vaults and what exists down there for yourself!

The Haunting Nights team are really looking forward to taking you closer to the Most Haunted stories in history!!! 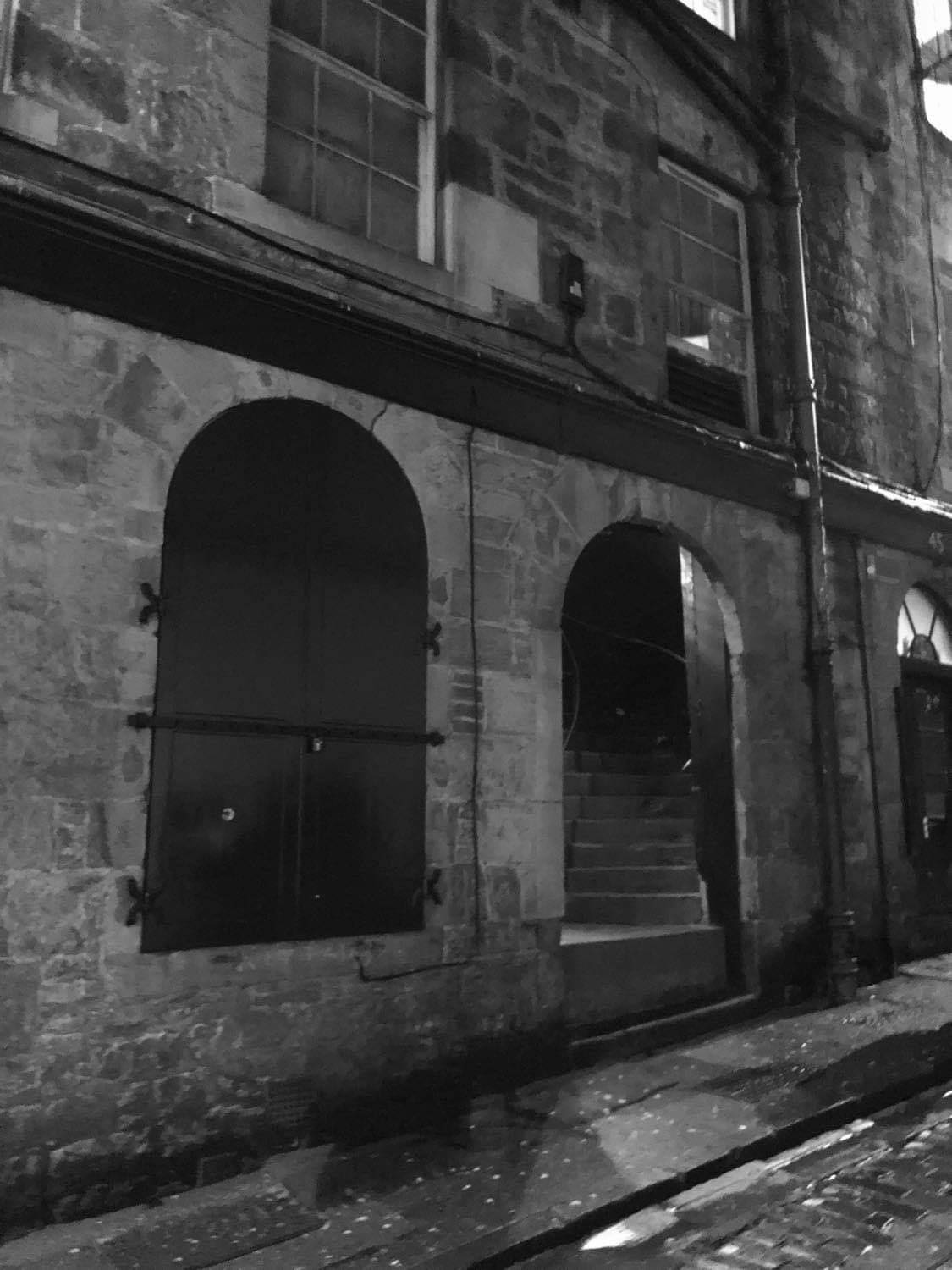 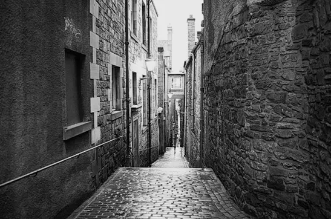 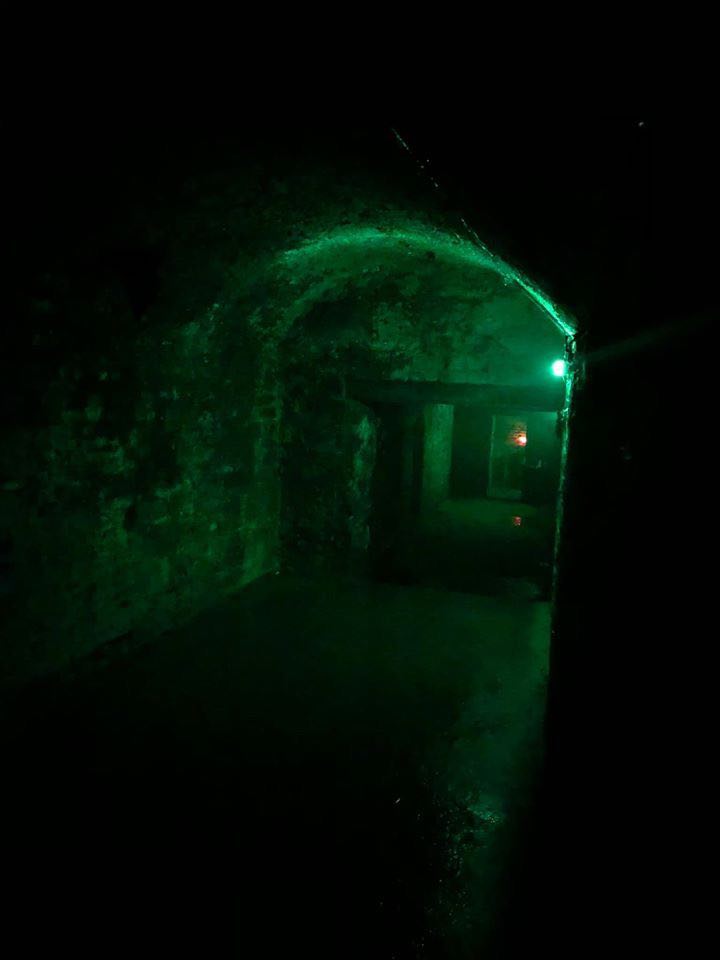 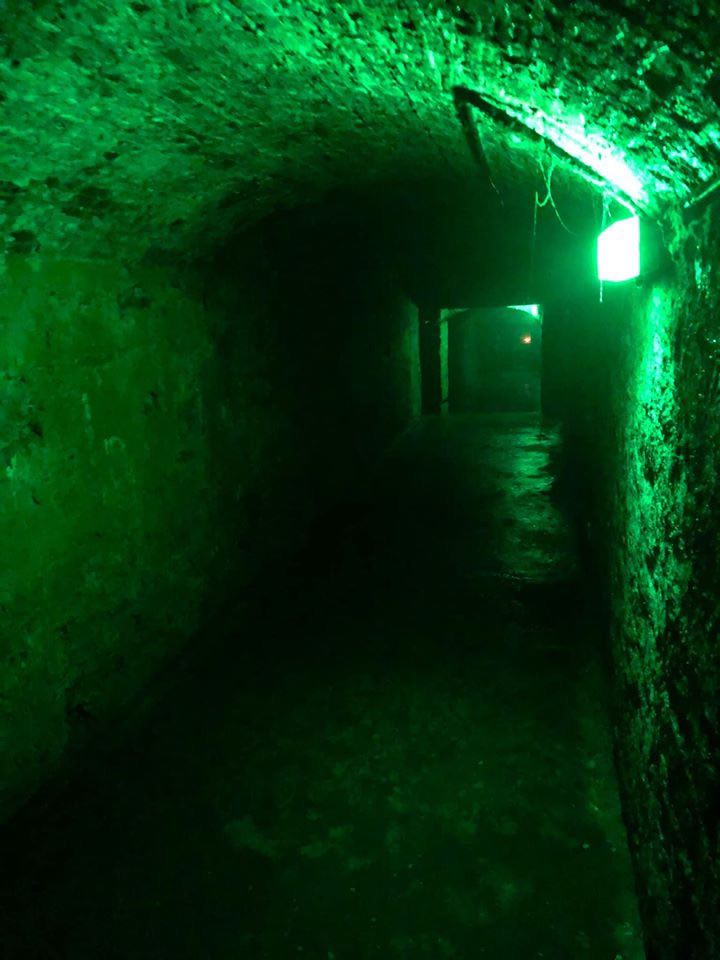 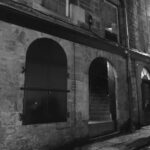 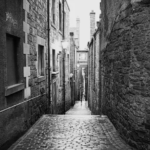 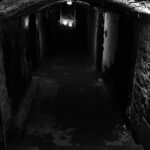 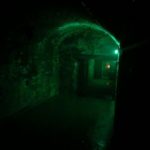 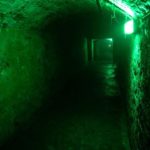 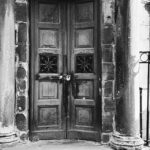 Your night will start with a Ghost Walk around Edinburgh’s Most Haunted locations.  You will be taking part in various methods of Ghost Hunting to include Ouija boards, table tipping, glass divination, Psychic seances and along with modern day ghost hunting techniques. 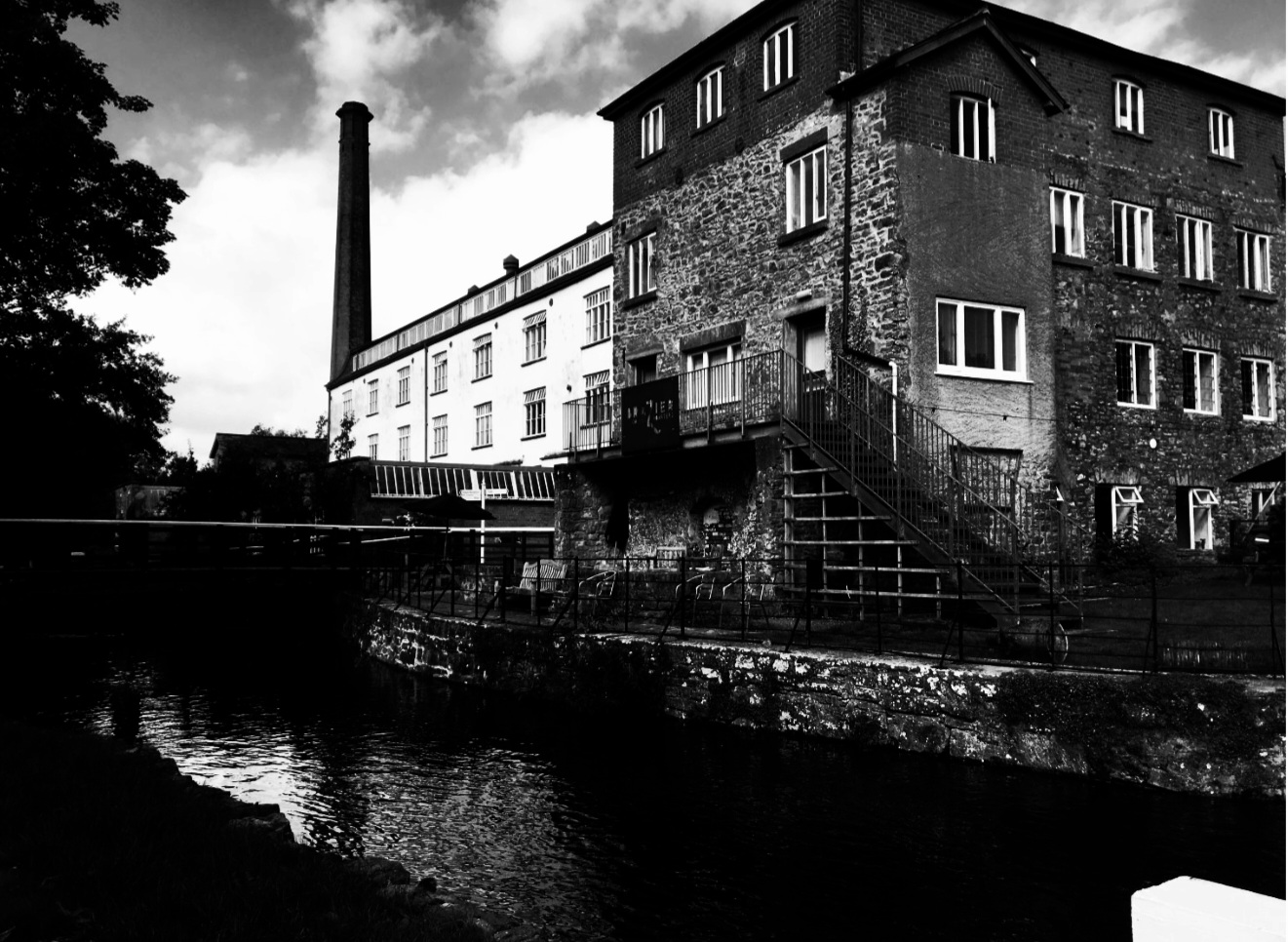 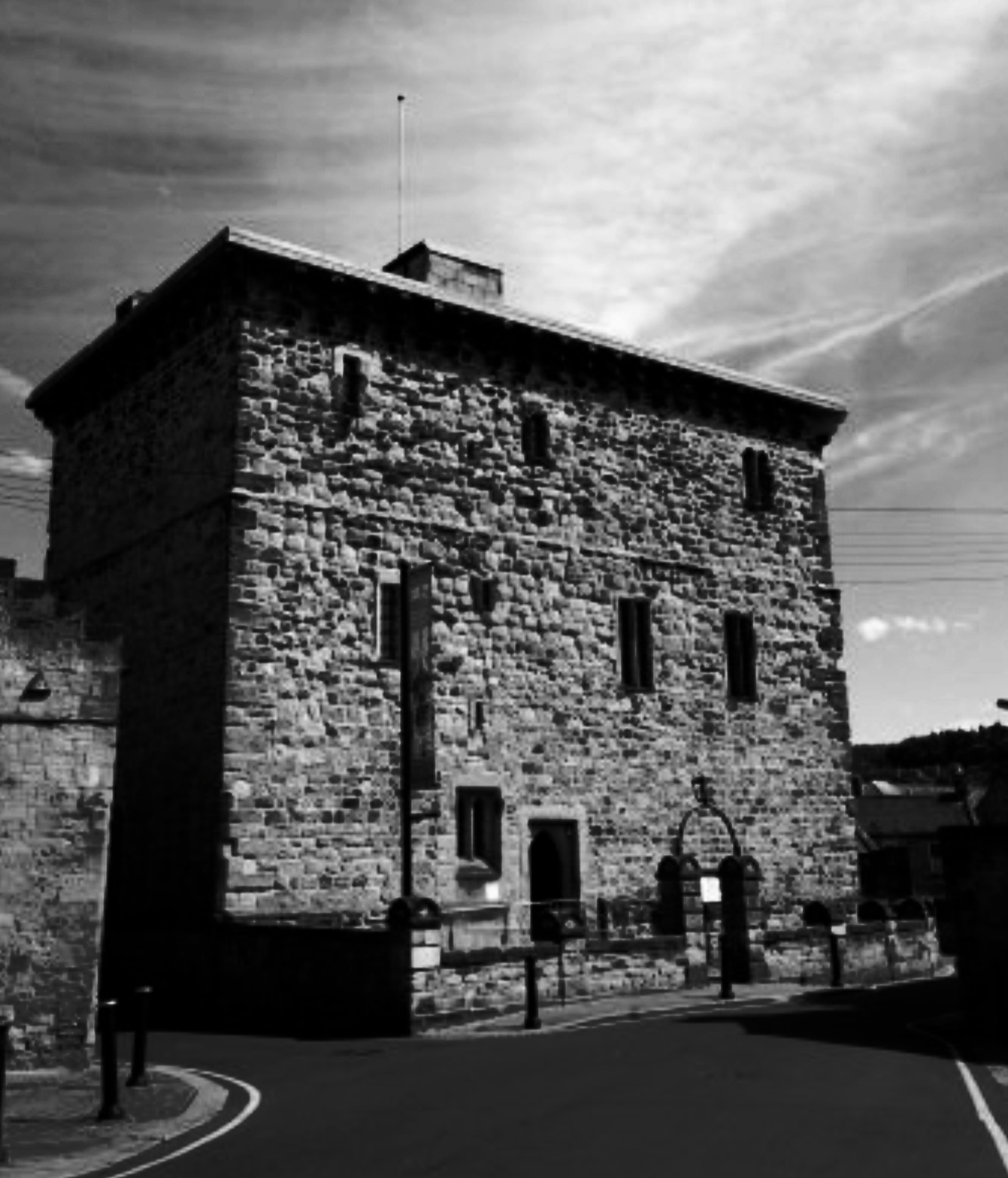