Plunge straight into the ghost hunting on a sinister Sunday

Ghost hunt at The Skirrid Inn and still be home in time for work on Monday, exprience the sinister side of Sundays as we take you to Wales oldest and most haunted inn

The oldest known reference to one of the Most Haunted Pubs in Wales, which nestles within the shadow of the Skirrid Mountain, is in 1110 when John Crowther was sentenced to death for sheep stealing and was hanged from a beam of the inn. The Beam is there till this very day.

Over the next eight hundred years 182 felons would meet a similar fate, dangling by the neck over the buildings stairwell at the Inn.

An unusual style of customer relations you may think, until you realise that, as well as serving up frothing tankards to thirsty travellers, the premises also doubled as a courthouse. Until, in the mid 19th century, it pulled out of the execution business altogether and has since dedicated itself to the sustenance of the living.

Needless to say, with such a sinister pedigree, The Skirrid Mountain Inn can offer many a ghostly tale to chill the blood.

The spirits of those executed here, are said to make their presences felt in a rather direct and disturbing way.

Many Locals & Guests at the Inn have felt the overwhelming sensation, of an invisible noose being slipped around their necks and have been alarmed to feel it getting tighter & tighter. Although, they always manage to break free from the strange grip, they bear the distinct impression of the marks of the rope for sometime afterwards.

Another ghost to haunt the old and, in parts, spooky property is that of woman who, although never seen, is both felt and heard by staff as she rustles invisibly past them, her progress marked by a distinct chill in the air. This lady is suppose to be an Victorian Landlady called fanny price. you can still visit her grave in the local graveyard. 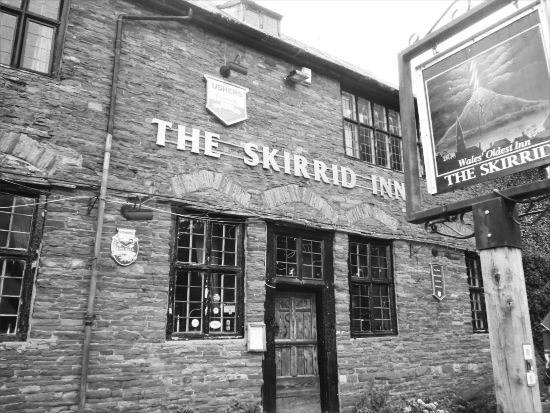 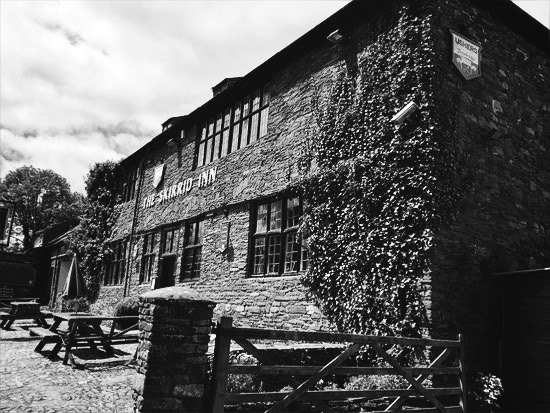 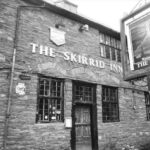 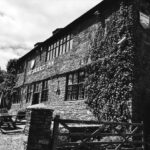 Parking is available on site