Haunting Nights Looks into the story of the The Warren’s.

The Conjuring films have become the most successful horror franchise in box office history, bringing all things ghostly and demonic to the big screens. The life and careers of paranormal investigators Ed and Lorraine Warren, played by Patrick Wilson and Vera Fermiga, inspired many of the shocking tales in the conjuring universe. 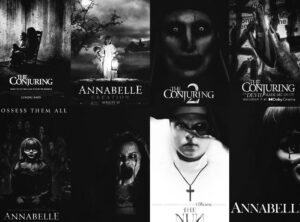 Ed and Lorraine Warren made a living out of the scary and dark world which none of us would. Moreover, all many scary, possessed, haunted and creepy things lies in the back of Warren’s house which is also called Warren’s Occult Museum. The incidents these two have faced would shock you, the beds levitating, the kids screaming, pets dying, scratch mark on the bodies and a lot more, here are some of the horrific cases they faced in their life. 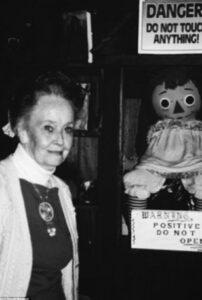 Made famous in a series of films spun off from The Conjuring franchise, Annabelle herself is no work of fiction. As investigated by Ed and Lorraine Warren, the famous paranormal investigators portrayed by Patrick Wilson and Vera Farmiga, Annabelle was actually a Raggedy Ann doll (a red-haired rag doll introduced in 1915) who was given as a gift to an unnamed nurse in 1970. After settling in, Annabelle began to shift around on her bed, leak blood, and leave handwritten notes imploring the nurse to “help me” and “help us.” According to Lorraine Warren, the nurse and her friends discovered that a young girl named Annabelle Higgins had died on the site of the apartment building they occupied when she was just 7 years old. The doll, then, was believed to be imbued with her spirit (the Warrens later determined the doll was being controlled by an “inhuman spirit” that was looking for a human host).

Now located at the Warrens’ Occult Museum in Monroe, Connecticut, Annabelle has been blamed for a visitor’s fatal motorcycle accident. The man apparently taunted her before driving off to his fate.

The story proved to be so fascinating that it has inspired a multimillion-dollar movie franchise – Annabelle (2014), Annabelle: Creation (2017) and Annabelle Comes Home. 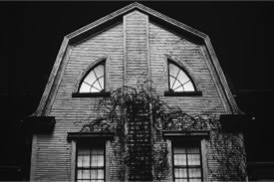 On the night on November 13, Ronald J. DeFoe Jr., “Butch” murdered all of his family by shooting them while they slept. Butch used .35 magnum rifle and shot two bullets to each of the parent and one for each of the four siblings.

Butch was however arrested for the horrific murders he committed and was sentenced to 6 life term sentence, Butch has been changing his statement over the years, he first said that the mafia hitman Louis Fellini did it, but when checked the hitman was outside of the town the particular night.

Years later he said that he was possessed by some unknown force that made him do all the killings, and in recent years, he claimed that his sister killed the family and when he found out about the incident he killed her.

The children’s spirit was seen by the family who moved in later. “The Lutz” Family moved after the murders and started noticing things out of place. Before moving into the house they had the house blessed by a priest while doing so the priest felt a bad presence in the bedroom and told them not to sleep inside the room. Although the priest did not tell them that when he was blessing the room below he heard a man shout “get out” which he believed was from the same presence he felt in the bedroom. The portraits hanging on the wall will turn upside down by itself on the night and somehow everyone would wake up at 3:15 in the morning which is believed to be the time of the killings. Although many believed it to be a hoax created by the family to earn profit by their book and over time there have been 18 movies released. However, they did gain only a marginal profit. Ed and Lorraine visited the house and found the house haunted after feeling some bad presence in the house and seeing things which she described as one of the worst case’s of her life. 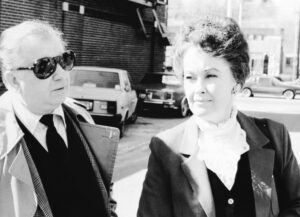 In the town of Enfield London, nearly 40 years ago, supernatural happenings would start a chain of events that would being the world famous paranormal investigators Ed and Lorraine Warren in to investigate. What they would discover would become one of the most famous poltergeist hauntings of all time and would be the inspiration behind the motion picture the Conjuring 2.

The story starts with a family. Peggy had four children thirteen-year-old Margaret, eleven-year-old Janet, seven-year-old Billy and John who was ten-years-old but was only home during school holidays as he was in a special boarding school.

What Peggy found when she entered the children’s bedroom was anything but ordinary.

Her two girls were huddled in the corner with terrified looks on their faces, they said Bill’s bed was wobbling and their chest of drawers was moving, trying to trap them in the room. Before she had time to respond she saw the chest move. She moved it back but it moved again as she tried to move it again. It wouldn’t budge. She then began to hear loud knocking sounds that echoed through the house, terrified, the family ran to the neighbours for help. They came to the home and couldn’t find the cause of the strange noises that seemed to follow the neighbours as they looked around the house, they decided to call the police.

The police came to the address  284 Green Street around 1:00 a.m., the officers witnessed the noises and they checked the walls, the attic and pipes without finding any explanation. Whilst in the living room they witnessed a chair move nearly four feet across the room and saw lights flickering. Although shocked they concluded it wasn’t a police matter and left.

That was the beginning of the terror and haunting the family would experience over the next 2 years.

During that time there were more than over 2,000 reports of paranormal activity at the Enfield home with more than 30 witnesses including neighbours, psychic, paranormal researchers and journalists. Their home became known as the House of Strange Happenings and it’s one of the UK’s most haunted houses.

The Story starts with the Perron family being haunted by a witch named Bathsheba who killed her son and hanged herself by the tree in front of the house. The witch haunted the family and gave them nightmares. 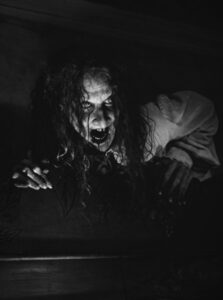 However the family also felt the presence of spirits that were friendly such as a boy whom the girls nicknamed “Manny”, the girls loved to play with him. The groom ghost who would clean the house itself, and an old-lady ghost who tucked children to bed at night.

Everyone in the house would wake up at 5:15 in the morning like someone is waking them and if they were no up at the time they were thrown from their beds. 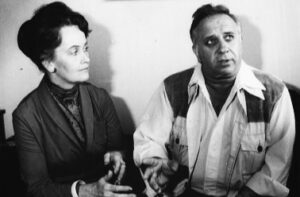 Ed Warren died on August 23, 2006, with Lorraine Warren retiring from active investigations shortly after. However, she remained as a consultant to the N.E.S.P.R for a while, before dying on 18 April 2019. They will always be remember as being the most famous ghost hunters ever!