The Haunting of The Cage, St Osyth, Essex with Haunting Nights

The Haunting’s of The Cage with Haunting Nights 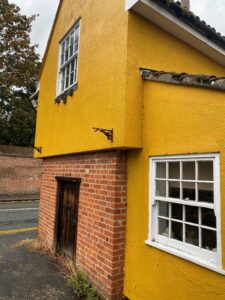 Situated in St Osyth, The Cage was used as a prison to hold those accused of witchcraft in 16thth century.

The Cage is well known for the imprisonment of Ursula Kemp and many women accused of witchcraft and were hung in 1582. Usual was born in St.Osyth and was a cunning woman who was often called upon by he neighbours to heal sickness and injuries. Later on she was blamed for intentionally causing illness and each. In February 1582, she was eventually tried for witchcraft in Chelmsford. At her trial, many of her neighbours testified against her making statements to Justice Brian Darcy. As well as her friend Alice Newman, she was accused of the deaths of Edna Stratton and 2 children Joan Thurlow and Eizabeth Letherdale. Usual was eventually hanged in Chelmsford late 1582.

The Cage remained a prison for men, women and even children up until 1908. In 1921, Mr Charles Brooker was digging in a garden and came across 2 female skeletons, 1 of them is believed to have been Ursula Kemp. 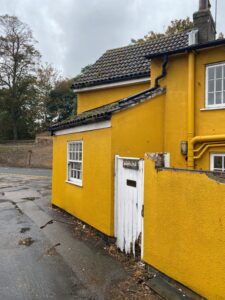 After is time as a prison, it became a private residence. Many owners have come and gone with almost all of them couldn’t handle the ghostly activities going on in the house resulting in going on the market plenty of times and even leading to a reported suicide. Shadowy figures, spirits of children and an angry entity who people can’t seem to figure out if its male or female. The spirit of Ursula herself has been spotted in The Cage.