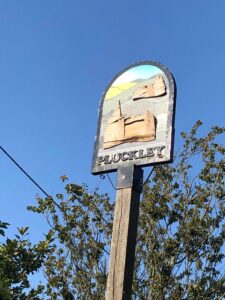 The Dering Woods, also known as Screaming Woods are situated in Kent. Between the villages of Smarden and Pluckley. They are reputed to be the most haunted woods in Britain and they were given their name because of the many reports of people hearing terrifying screams coming from the forest at night or footsteps and whispers during days of fog. The forest is said to be haunted by the ghosts of the people who get lost in them, in particular the locals mention a suicidal army colonel of the 18th century and a highwayman who was captured by the villagers, pinned to a tree and beheaded. Many from the nearby villages swear to have seen black shadows following them while they were traveling across the forest. The wood is also famous for presenting one of the oldest Neolithic sites in the world.

The Dering Wood Massacre The woodland has been the center of attention for this phenomena for many years. On the morning of November 1st, 1948, twenty people from the Maltman’s area were found dead, eleven of whom were children. The bodies were forming a massive pile of human flesh and they didn’t present any wound. Many reported seeing strange lights coming from the forest on the night of Halloween, when the massacre took place. The autopsies couldn’t determine the cause of death and after a few weeks the local authorities quickly ended the investigation, stating that the cause was carbon monoxide poisoning. This behavior raised questions about a possible involvement of the police in the matter at the time. 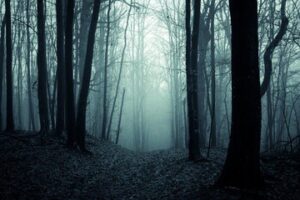 In 1964, private investigator Robert Collins conducted in-depth witness interviews designed to uncover hints about the alleged activity  of an unknown religious cult in the village of Smarden. His research stopped after he died in a tragic car accident the following year.
Cover of the Kent Messenger, Friday November 6th, 1998.
The Dering Wood was home for another mystery when on October 1998, on the same night of fifty years before, four college students who were visiting the forest went missing after people from Pluckley reported seeing “figures of light similar to spider webs” in the sky. Their bodies were never found and after three weeks, the police investigation stopped. It‘s a strange tail  that Haunting Nights couldn’t miss so join us on one of the most scariest Ghost Hunts yet as we take you to the scream forest.